VIP charter operator JETALLIANCE of Austria is to acquire two more A318 Elites, adding to its previously placed order for one aircraft and becoming the first to place a repeat order for the newest member of the Airbus Corporate Jetliner (ACJ) Family. It also has an Airbus ACJ on order.

JETALLIANCE Flugbetriebs AG is one of the world's leading business-jet enterprises, with a fleet of 37 aircraft with an average age of only 3.5 years - one of the youngest in Europe. It operates under JAR OPS 1 in Europe, but is also FAA part 129 certificated, allowing it to fly commercially in the USA and Canada.

JETALLIANCE has chosen the standarised 14-seat Elite + cabin layout for its A318 Elites. It has yet to announce a choice of engines to power the aircraft.

"With a much wider and longer cabin that features several separate zones, the Airbus A318 Elite is a big step up in comfort and productivity from traditional business jets, as well as being great value for money," says JETALLIANCE Holding CEO Lukas Lichtner-Hoyer. "We like the Airbus A318 Elite, and are looking forward to flying it".

Airbus' ACJ Family includes the A318 Elite, ACJ and A320 Prestige, and has won some 80 sales to date. It is the preferred choice of companies, governments and individuals, which love its comfortable cabin, robust reliability and solid support.

"Our A318 Elite is similar in size to traditional business-jets on the outside, but very much bigger inside, which is a tremendous advantage for private customers such as JETALLIANCE," says Airbus President and EADS CO-CEO Louis Gallois. "We look forward to being JETALLIANCE's partner in the modernisation of its fleet."

The Airbus ACJ Family delivers more in features such as fuel-saving wingtip-fences, cost-saving centralised maintenance and weight-saving composites. It also has many other benefits that have become the hallmark of Airbus aircraft - such as a pilot-friendly common cockpit, fly-by-wire controls and category 3B autoland.

Airbus' A320 Family is also unique in providing practical advantages such as large, outward-opening cargo-doors and a choice of engines and auxiliary power units.

Total sales of the Airbus A320 Family stand at almost 4,500, nearly 3,000 of which have been delivered. The family has more than 200 customers and operators. 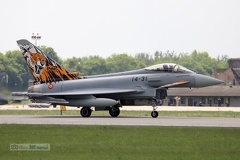 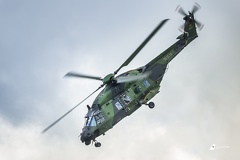 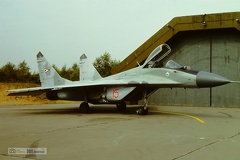